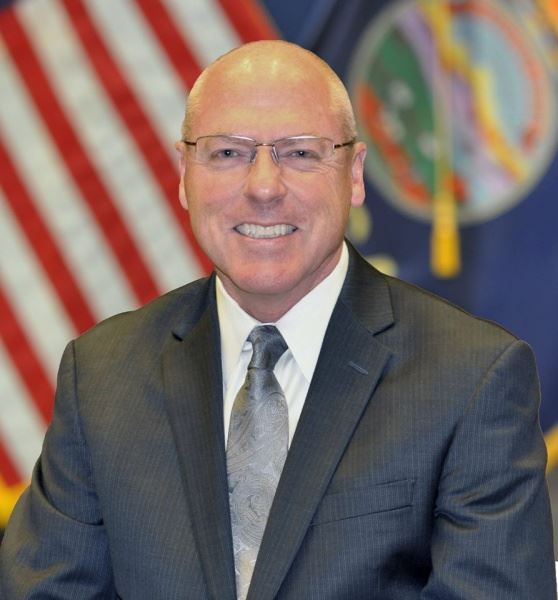 Director Butler began serving the citizens of Riley County on December 31, 2018. He is the 5th Director since the RCPD was established in 1974.

Director Butler formerly served as chief of police for the Ottawa Police Department, which was CALEA accredited in 2015. It is a municipal police department staffed with 29 sworn police officers serving a population of 12,850 in east central Kansas. In January 2018, he was appointed to the Governing Board of the International Association of Chiefs of Police (IACP). In July of 2017, he was appointed to serve a one-year term on the CALEA Executive Director’s Advisory Board.

Director Butler has a Bachelor of Science degree in Administration of Justice from George Mason University in Fairfax, Virginia and in 2004 a Graduate Certificate in Administration of Justice from the MPA program at George Mason University. He is a graduate of the University of Richmond’s Jepson School of Leadership Certificate program for Professional Executive Leadership.  In May 2011, the Department of Criminology, Law, and Society selected Director Butler as the George Mason University Alumnus of the Year. He is a graduate of the F.B.I.’s National Academy, 223rd Session Professional Executive Leadership School which trains law enforcement executives from around the globe. Currently, he is a member in good standing of the International Association of Chiefs of Police, the Kansas Association of Chiefs of Police, and the Kansas Peace Officers’ Association, the FBI National Academy Associates, Fight Crime; Invest in Kids, and serve on the board of the IACP Police Foundation Section.

All RSVPs will be billed.
Cancellations must be received 48 hours prior to event.